Prince William just revealed his more than 10year secret. 26-year-old Royal still wears a brace to support his lower teeth. The brace was such a well-kept secret that even his own staff did not notice him wearing it, and it was only spotted while he was meeting excited children during a visit to Staffordshire yesterday on April 24, 2009. 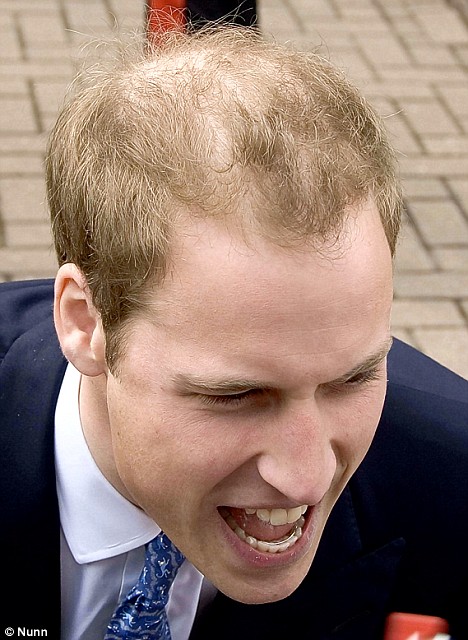 Prince William, second in the line to throne, has had the brace in place behind his bottom teeth ever since his braces were removed when he was 16. No one knew that until yesterday that he needed further treatment.

A St James’s Palace spokesman said, “Prince William has used a permanent support for his bottom teeth for 10 years as part of routine treatment. The support is not new.”

William gave away his secret as he laughed and joked with children at the headquarters of JCB in Rocester, Staffordshire.

Later on William met war veterans and the families of dead servicemen and police officers during a tour of the National Memorial Arboretum at Alrewas, Staffs. According to Daily Mail report He was close to tears as he read the newly carved names of two friends, Joanne Dyer and Alexis Roberts, on the Portland stone monument in Staffordshire, who were killed in Afghanistan and Iraq.