The face was certainly familiar – but not the activity. Prince Charles seemed to have bumped into his son Harry on an official visit yesterday.

The Prince of Wales could be forgiven for his double take when he saw student builder Matthew Harbor.

At 18, he is six years younger than Harry but could still try his luck as a royal lookalike.

Matthew, of Mansfield, later told how he has always been mistaken for Harry.

‘People come up to me in the street or at the pub. The funniest incident was when I was going to my college prom wearing a dinner jacket. I almost got mobbed walking through the middle of Mansfield.

‘I don’t know why people could think Harry would visit Mansfield but they did. They were convinced that I was him.’ 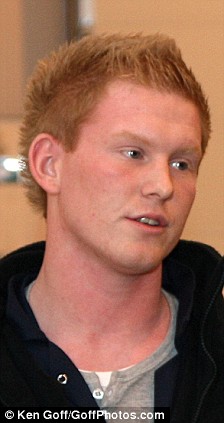 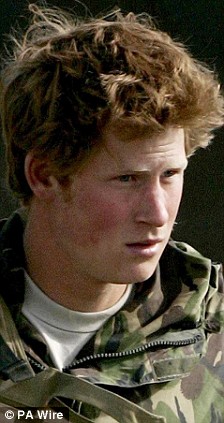 Seasoned royal observers say he is a far better doppelganger than Newcastle student Elliott Gibson, 21, who currently earns up to £500 a day as a Prince Harry impersonator.

Last month, the Daily Mail told how Elliot claimed he has had to go into hiding after being ‘hounded’ by female fans hoping to snare the newly single royal, who split from girlfriend Chelsy Davy last month.

Asha Khemka OBE, Principal and Chief Executive of West Nottinghamshire College, said: ‘It was an honour and a privilege to welcome His Royal Highness to the College. His visit was a momentous and historic occasion that everyone here will remember for a long time.’